On 17th January 2014 I optimistically posted a list of photo's of projects that I wanted to pick up and finish, as part of the inspiration that is sweeping blogland, all thanks to the wonderful Katy at The Littlest Thistle.       I was sure these could be done in the space of time we were allotted. 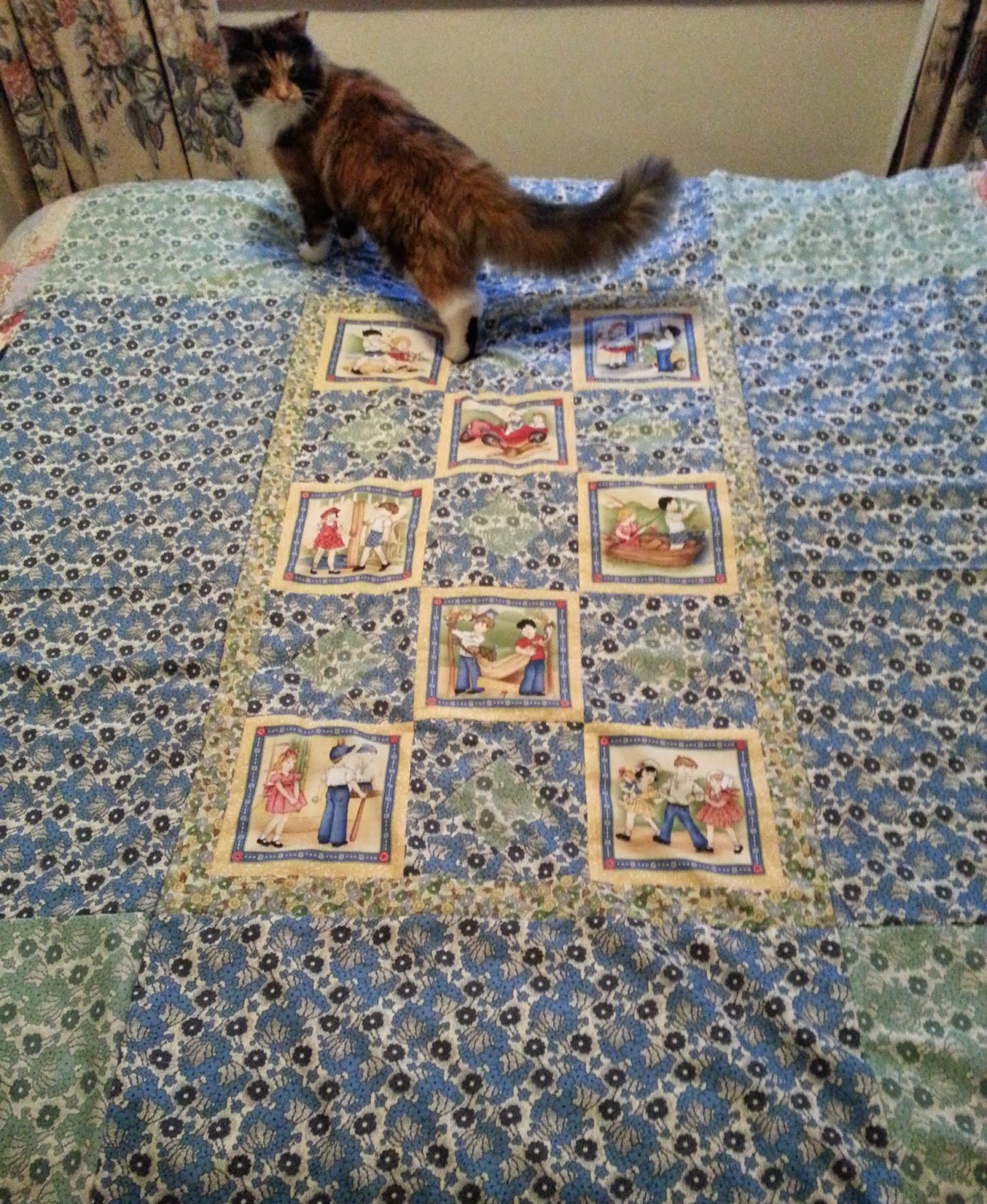 One weekend at the beginning of February I made a start and finished the baby boy's quilt top.  In time the granny sent a flannel blanket she wanted me to use as the backing.  Then I attended a sew along course with the fabulous Brioni Greenberg a.k.a. flossyblossy at The Skep.  (More detail about that on another day though.)  The pattern we sewed was paper based and after lots of strips onto paper my machine started complaining about the paper dust.  This has put paid to any serious sewing so until my Bernina can have a proper service I'm not going to be able to quilt the baby quilt just yet.

So, nothing on the list actually got finished [hanging head in embarrassment]  Talk about an epic fail!!  But, now you need to know ... ummmm, I want you to know the major reason for this epic fail (and lack of blog posts) was this   ...... 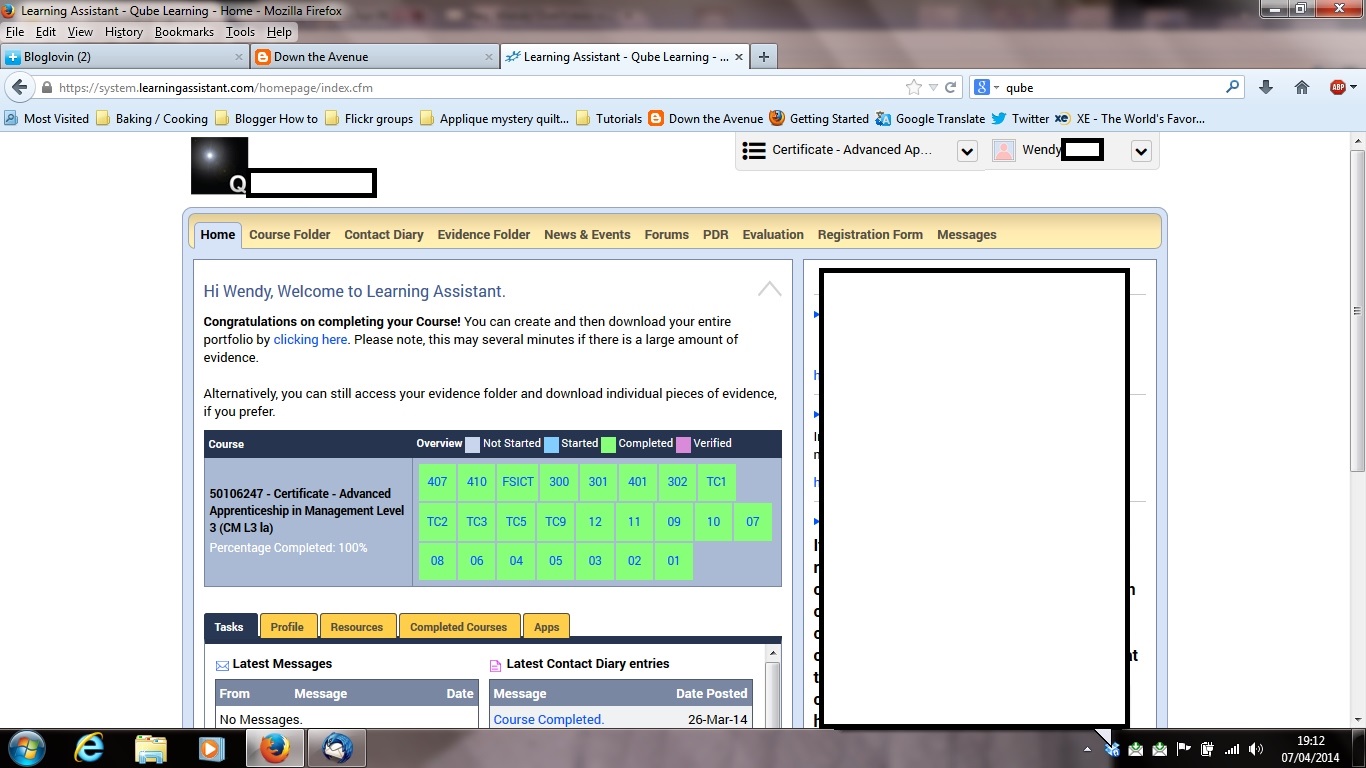 completion of my Level 3 Certificate in Management.  The last piece of work was finished on 26th March 2014.  Now I need to exercise patience and wait for the outcome.  So far so good.   For the last few years I've done course after course and everytime I say "Right, that's it... I'm done now"  only to be found signing up for something else in the not too distant future.   However, I'm tired; and fed up - of deadlines - household chores being neglected - not going out and doing fun stuff - and also feeling guilty at the pile / list of WIP's that despite all the good intentions just get moved around without ever getting completed.  That's got to change though.

Here's hoping I do better next time :)

Email ThisBlogThis!Share to TwitterShare to FacebookShare to Pinterest
Labels: Finish Along 2014, Quilt, studies