Today was the annual West Yorkshire Fire Brigade Summer Gala and the weather could not have been better, overcast but warm.

There were lots of various charity tombola stalls, food stalls, we got some yummy new seaweed cheese, I know it sounds wierd but it's delicious! We bought some plants from two of the plant stalls too to plant in our new flower bed next to our new fence which I'll tell you about soon. 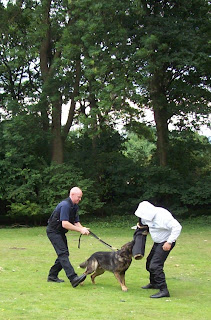 The police dog squad were there and we got to meet the dogs trained especially to seek out drugs, fire arms, money and explosives. The dogs are so unassuming and even cute 'n cuddly. We found out that they live with their handlers and go home with them every night and live a 'normal' dogs life out of work hours. They gave a demonstration with helicopters, sirens and the token baddy being caught and pulled down after a chase ... 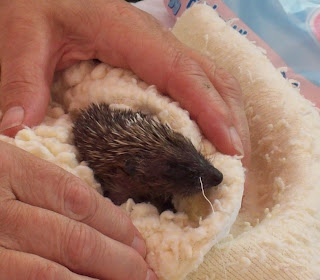 We saw some rescued baby hedgehogs, this one had been abandoned by its Mom and was between 3 and 4 weeks old and only weighed 49g (under 2oz), half the size it should be. It was being fed with a pipet every hour with a special formula. 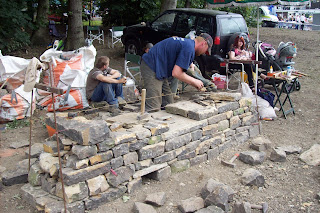 There was a dry stone walling demonstration ... 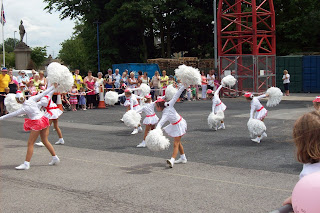 There were drummies and pom-pom girls ... right in the middle of this pack was the smallest little girl, we guessed her to be not older than 6 and she kept time with the older girls and had the biggest cutest smile all the time ... 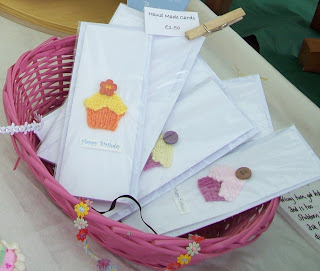 In amongst all of this we found some craft stalls, this had handknitted cupcakes as embellishings on greetings cards 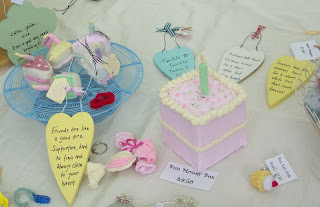 as well as knitted bunting (not shown in pic) and other knitted goodies. 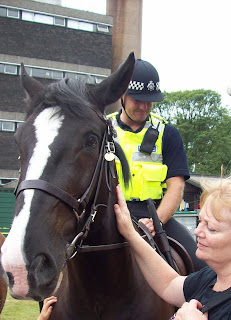 and I got to meet and greet Max the police horse who was there with his stable partner Ice (not in the pic).

Hope your day was as fun as ours was.
Take care
Posted by Wendz at 22:21