In an earlier post I mentioned the DQS8 mini quilt swap that I was participating in. Until the little quilt arrived at it's new home I couldn't tell you who my secret partner was. Now I can divulge that Lynz of DOMESTIC LIGHT and MAGIC is the new owner of the following goodies: 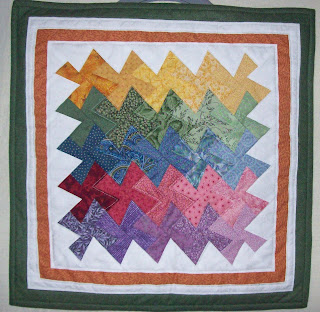 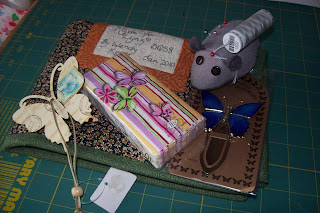 I can't begin to tell you how much fun it was to be a 'legal voyeur', snooping on my partner, trying to figure out what she likes, what she doesn't like, deciding what would be appropriate as little extras for someone that leads a full and productive life. 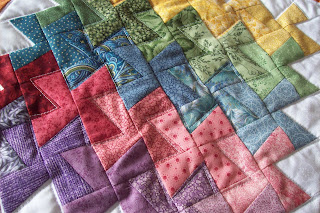 In return I also received a little gem! 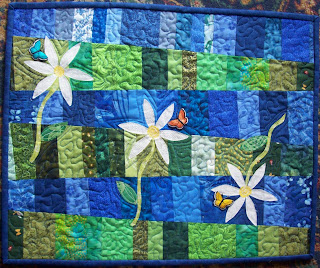 Sent to me by Laurie of Every-Bit-Counts.
She also included some fabulous extra gifts. 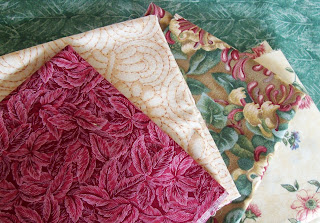 What you don't see in the pictures is a little pink notebook with a slot on its side where a little pencil slides in. How could she have known that the little notebook (with dog eared corners) that I keep in my handbag and has names addresses, telephone numbers and notations of all sorts of info that is important to me ... is full! This new little notebook could not have arrived at a better time.

Laurie, you have no idea how much laughter and happiness this little gem caused. It has clearly been made with a lot of thought through gifted eyes and hands. Thank you soooo much.

This swap was my first Flickr swap and hopefully will many will follow.
Posted by Wendz at 09:32